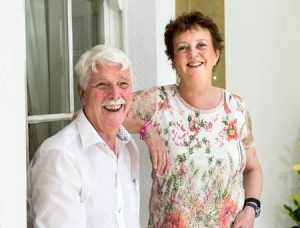 Nothing had prepared foster father David Gerry for the two beautiful, but troubled, children he and his wife would devote their lives to bringing up.

David (67), from Victoria, Canada, and wife Grace (59), a counsellor from Laghey, Co Donegal, fostered a young girl and her brother in 1999 in Canada.

Almost immediately, the couple realised all was not well with the children, who it transpired had Foetal Alcohol Syndrome.

“My wife was a social worker and she brought home this boy and girl to foster. We didn’t know that they had FAS,” Mr Gerry said.

“We thought it was because of the environments they’d been brought up in, as they’d been to six foster homes in 24 months. 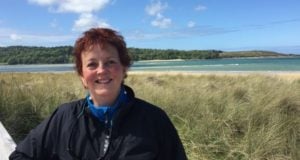 Liam Neeson once said he missed Ireland most when he was there. I know what he means. I too appreciate the ordinary pleasures and delights that locals might take for granted, like the familiar ring of the Donegal accent. I love the novelty of going for a spontaneous coffee or lunch with old friends, simple pleasures not possible when you live on another continent.

I drank in the rhythms of Donegal, the damp Atlantic air, the inky blue hills, the jokes, the laughs and the endless cups of tea. As I slowed down and settled in, an unexpected joy stole over me, and my bones relaxed.

I had forgotten how connected the community in Donegal was, even though I had grown up in a family pub where locals gathered. It surprised me every time I met someone new.

The first thing they asked was who I was and who my family were. Once satisfied they could pinpoint me on their community map, they’d say “Sure I knew your mother and father well”, “Isn’t it your sister who plays the golf?” or “Ah sure everybody knows your brother”. It was both unnerving and endearing, that I still belonged no matter how far I’d travelled, or how long I’d been gone.

Women’s Lives: Where do I belong?
AN EMIGRANT’S SEARCH FOR HOME – Donegal Democrat 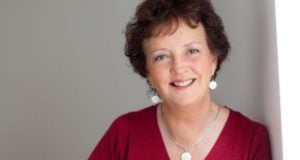 Last spring I left Canada to return to Donegal for four months to answer the question: Where is home and where do I belong?

Even though it had been 30 years since I left, I still think of Ireland as home.

But Canada is also home and since I became a Canadian citizen and have two passports, I felt torn between two lovers. I hoped this visit would settle the question of my true love.

I was curious and excited. I knew what it was like to go home for a two-week binge of family and friends, bookended by the joy of arrival and the pain of departure. But this time was different, more like the sweet unhurried return to a familiar lover. I had time to explore. 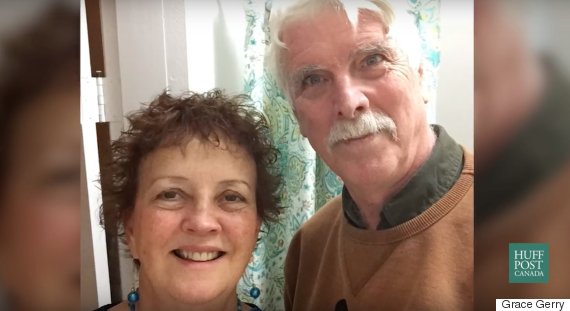 By the time Grace Gerry was seven years old, she already knew how to pour a pint of Guinness.

Gerry grew up in a small village near Donegal, Ireland where she would help out at the 7 Arches Bar, a local pub her father owned. As part of the small five-person staff, she quickly learned how to use a cash register, pack shelves, pour beer — and most importantly, socialize with members of the community.

In the town of only a few hundred people everyone knew everybody from miles around.

“In Ireland, we had a strong sense of community. Where I lived because we know a lot of people, we know when people die,” Gerry said. “There are a lot of wakes and funerals and people get together for those. It’s a way of reinforcing community.”

It is here that she learned the importance of building community — something she hopes to achieve in Fernwood.

For the past 11 years, Gerry (who came to Canada 20 years ago) and her husband David have hosted a Christmas neighbourhood soup event.

The couple go door-to-door and personally invite local residents to their home to get to know neighbours over a bowl of homemade soup.

The first year Gerry hosted the event, there was a big snow storm, which resulted in roughly 40 people showing up.

Now, Gerry knows 90 of her neighbours by name and has become so close with some of them that she can go over and borrow a stick of celery or glass of milk.

“It’s in our interest to know our neighbours because if there was a disaster it’s not our Facebook friends that we’re going to turn to, it’ll be our neighbours,” she said, adding she has also hosted a music, gardeners and ice cream party in the past. “If we don’t know them, then we’re at a disadvantage. So I encourage people to get to know their neighbours now.”

Shay Lockhart, who has attended the event since it started over a decade ago, said it has brought the community closer together.

“It’s a really good opportunity to talk to people that I live in the same neighbourhood with, but never get to see,” Lockhart said. “Most people are working and you don’t get to see them a lot. It’s a good excuse to meet people.” 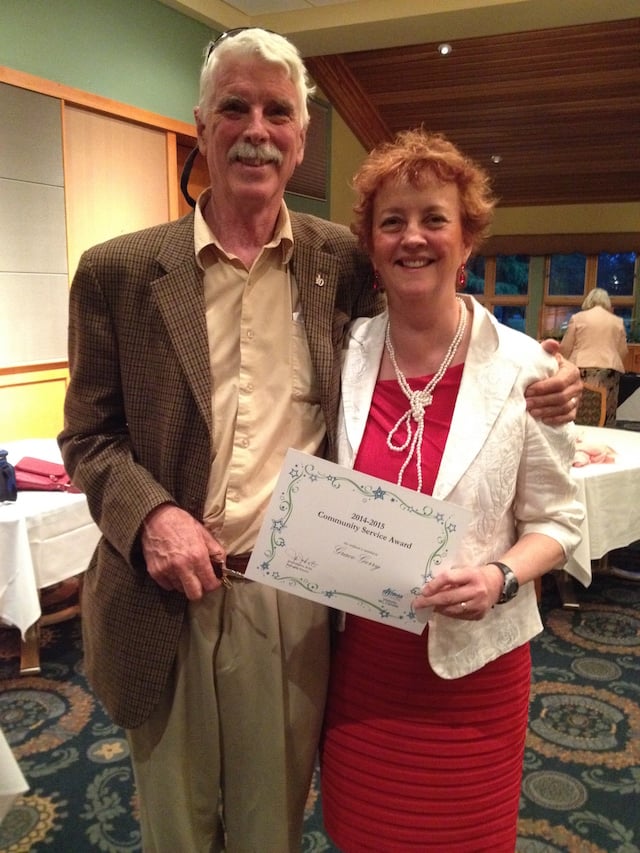 What an honour to be awarded the Community Service Award from eWomen Network.

“This award goes to a woman who goes out of her way to contribute to her community often in ways others may overlook, who deserves to be acknowledged for her efforts. ”

Thank you ladies for all your support. 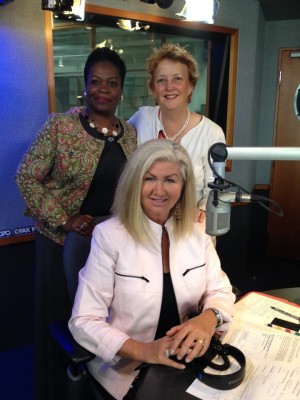 It was a pleasure to sit with Pamela Sylvan and have Patty Mack interview us.

Learn more about my background and my approach to weight loss.

A huge thank you to Pamela Sylvan from Downtown and Around for interviewing me on the subject of emotional eating. It runs for about 35 mins.

Interview on CBC’s On The Island with Gregor Craigie on the topic, “Beyond counting calories and carrot sticks: Victoria counsellor Grace Gerry talks about “emotional eating” and how to deal with it over the holidays.”

(MP3 of the interview)

2011 May 4: A blog entry posted by Lisa Weeks, “5 Reasons a Great Counsellor is Just as Good as a Trip to Europe”

Caring for Children Who Are Attachment Resistant

2006 July 21: Chatelaine “Will Power on Demand” – Grace was interviewed for this article and her work is mentioned. (online version) (PDF Version)

2006 Listening Skills Learned in a Pub in Laghey

2002 Whitecrow Village, BC: Summer Camp for Children with FAS/E